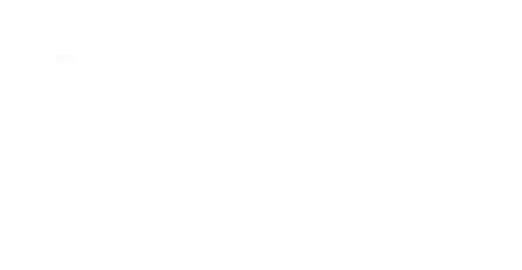 Selling through the distribution channel can be more complicated and costly than you might expect. Lately, I have been working with a few clients where this is true. Up until recently, they’d been selling all of their production direct to consumer or trade. Now, their production level is such that selling it all direct has become unrealistic. So, they’ve decided to seek distribution for their wines.

When I compared their suggested retail price and their cost of goods, and factored in their selling costs, I found that the owners may not have fully considered all the costs of doing business with a distributor.

First, there is a significant up-front cost to getting a target distributor to say “yes,” including trips to meet with them, cost of sending samples, etc.

Once a distributor decides to list a wine in its already crowded portfolio, the best distributors will ask for additional support to help the brand get noticed by their sales team and by their trade accounts.

It’s a different world than 10 years ago. Post-recession, distributors are requiring greater margins from the wines they sell. Today, they run 25% to 33+%, which is an increase of 3% to 5% a decade ago. An easy rule of thumb is that the smaller the distributor, the more the margin they require.

In addition to these initial costs, there are additional expenses that need to be factored in to the selling price:

Launching the relationship: Getting the distributor to list a wine is only the beginning. Then the real work begins: introducing it to the sales team. Building a good relationship with the sales team is essential, and this is the first and best opportunity to make an impression. If they don’t know a wine, or it doesn’t have a high score in the major scoring publications, it makes their jobs harder. So, the expense of getting everybody on board needs to be factored into the wine’s price.

Don’t forget samples: Once upon a time, most distributors picked up the expense of paying for samples. Not anymore. Good distributors have really clamped down on this expense, as this cost can get out of control if not managed correctly. Distributors are now requiring that wineries pay for most of the samples. The launch period mentioned above will be the time when the samples expense will be greatest. In addition, when a winery schedules in-market time, the distributor will generally charge 100% for samples used during the visit.

Product discounts: Most distributors are willing to lower their overall margins to discount a wine to achieve a “hot” price point. They will, however, want the producer to pay for most of that discount. Many distributors have minimum thresholds that they will not go beneath, so this needs to be factored into the overall costs.

Giving Incentives: Distributors are more likely to want you to pay 100% for all incentives. In some cases, a winery may be able to negotiate that the distributor take responsibility for minor expenses associated with the incentive. I have very strong feelings about the impact of incentives, but will save that for another post.

Event participation: Distributors will typically ask a winery to pay 100% of all costs associated with trade shows, special events, wine dinners, retail tastings, etc. Many wineries will feel compelled to pay for a table at a trade tasting because they want will want to demonstrate their commitment. This is a good practice, but must be considered in the overall costs.

Wine returns: This is a hidden cost than many wineries don’t consider. In their mind, once the wine leaves their facility, it’s as good as sold. Not so. Sometimes the wines come back damaged or out of condition. If anyone drops a wine while presenting or packing it in a warehouse, there is a good chance that the distributor will ask the producer to pay for it. If a trade account returns it to the distributor because he believes that the wine is flawed, they will ask the winery to pay for it. Thankfully, this has become less and less common, and we see less of this happening lately.

I’ve touched on some of the hidden expenses involved in selling a wine through distribution, but there may be others. It is important that anyone endeavoring to build relationships with distributors consider all the additional costs, and to do their best in negotiating a good partnership. It’s the only way to build a sustainable sales channel.